During the Middle Ages, the art of blacksmithing was developed and many items of iron were produced which were welded by hammering. It was not until the 19th century that welding, as we know it today was invented.

These are the 3 of World’s Biggest Welding Projects:

Half a century ago, steel ships were built with rivets. Hot metal dowels were placed in the holes of two overlapping steel plates while the dowels were still malleable. The end of the dowels were then smashed flat, pinning the 2 sheets of metal together. However, rivets proved to be unreliable and difficult to maintain for larger vessels, setting a limit on how large a ship could be built.

Today, rivets have largely been replaced by or are working in conjunction with welding. In 2006, the Maersk Line Company created the world’s largest ship by welding 24 huge metal hull blocks together. The massive floating structure spans 1,302 feet long, meaning over 3 full length football fields could be placed on its deck. If you were to take all the welding beads done in the creation of this ship and lay them out together, it’d be easily over 3 miles long. If you were counting multiple passes as separate beads, the line could actually be around 30 miles long.

Spanning 800 miles, the Trans-Alaskan Pipeline is accurately described as a feat that couldn’t be done, but had to be done. With the chaos of 1973’s oil crisis, the government removed legislature banning oil drilling in the Prudhoe Bay oil field. Now the only problem was getting that oil from the very northern tip of Alaska down to the southern tip where it could be transported. An army of thousands of welders braved the freezing temperatures and dangerous terrain. Imagine waking up to -30 degree weather, totally surrounded by frozen wilderness for hundreds of miles on every side. In the end, the welders’ work held true. The Alaskan pipeline’s solid structure has successfully withstood multiple events including one of America’s worst earthquakes.

With the collapse of the America economy during the great depression, thousands of welders found themselves desperately seeking work. For most of the United States, no one was daring to start construction projects during such an uncertain time. No one except New York’s top business men. With the emergence of skyscrapers, America’s elite business tycoons were locked in a staggering battle to build the world’s tallest structure. Thousands of welders and workers contributed to the construction of the empire state building. Most welders were so eager to keep their jobs, they performed their tasks at an incredibly alarming speed. The Empire State building was constructed at an average of 4.5 stories every week. Work conditions were incredibly dangerous. Welders could be seen dangling on the edge of steel beams hundreds of feet above the ground with no safety harnesses at all. Even more incredibly, these workers became so skilled at traversing the sheer heights, only 2 deaths are contributed to falling. Being finished in just 410 days, the Empire State Building stands 1,454 feet tall.

You may also like: A Complete guide on how to become an underwater welder 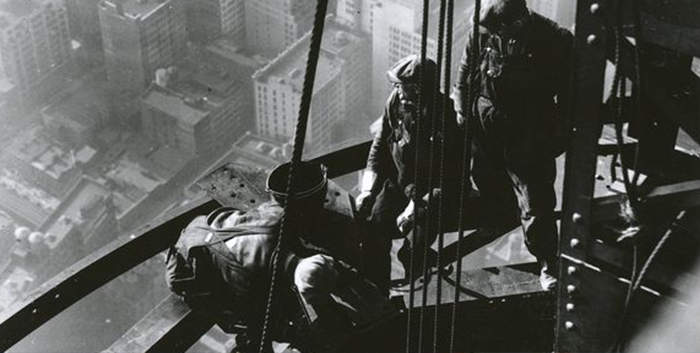 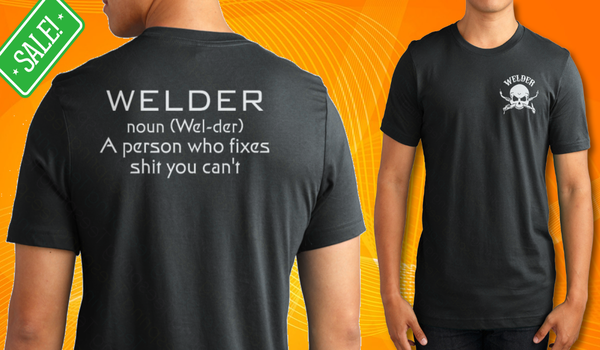