This photo of Anja Ringgren Loven and Hope shows that “it’s not important to see what man can do with hate. It’s all about seeing what you can do with love.”

On 30th of January 2016, Anja Ringgren Loven, Danish national, was with her Husband in Nigeria on a mission. The mission was to rescue kids abandoned by their parents after being accused of being a Witch.

Anja is co-founder of organization named ACAEDF (African Children’s Aid Education and Development Foundation). She found this little boy, who she named “Hope”, in a small village where he was left for dead by his parents. He was nothing more than flesh and bones at that time. Every year many children are tortured and even killed by their own parents once they believe the kid is a witch.

Anja rescued the kid and shared his story on Facebook that went viral. She was trying to raise awareness about this serious problem. In Nigeria around 15,000 children were accused of Witchcraft in a decade (Survey conducted in 2009).

Anja posted photo of Hope of the day she rescued him (Left) and his first day at school one year later (Right). This is how it looks: 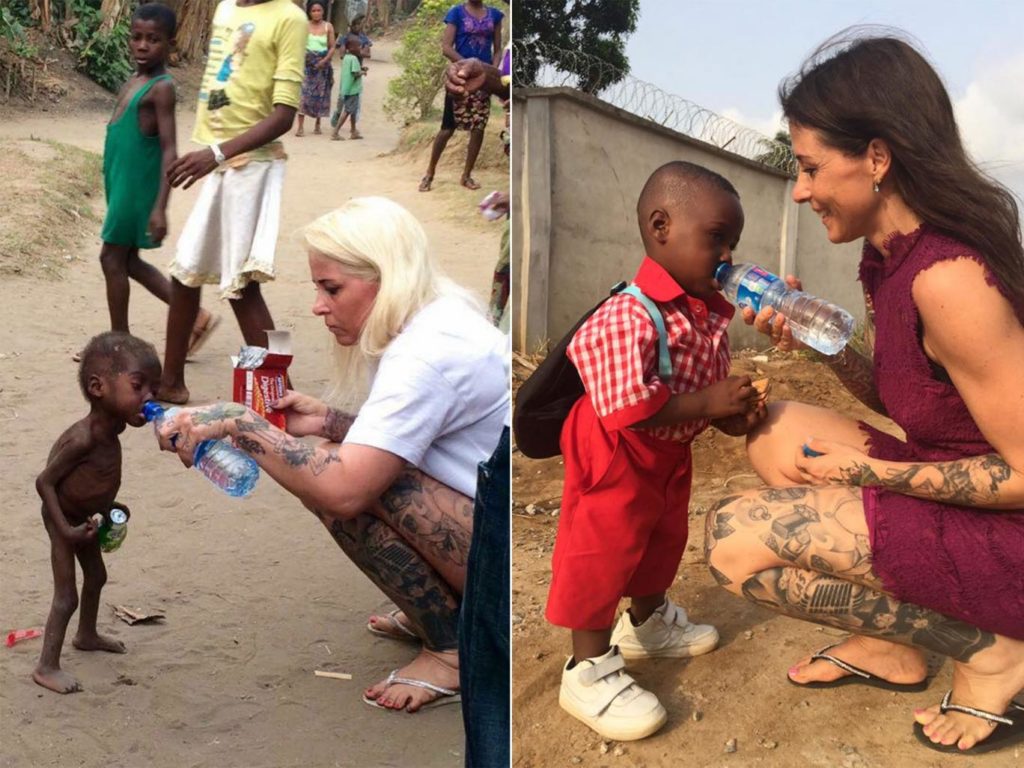 Hope on the day he was rescued

He is so adorable – no way he is a witch

Anja and Hope – Faith in humanity is restored

“As you can see Hope is growing with speed and he is such a handsome, healthy and very happy young boy because of the tremendous love and care he receives everyday from our staff and all our children,” Lovén said. “Where there is love there is hope.”

See Also: 15 Crazy Donald Trump Quotes That Are Going to Make You Question His Sanity