Almost a billion people use google maps every month. It’s one of the best navigation tool that comes for free. The ability to find local businesses and review help us all decides where we are going to our next meal.

But how Google knows about live traffic Jams and other traffic related real time incidents?

Google collects data from different sources, which are:

You May Want To See: 23 Things That You Should NOT Do While Visiting USA

The result is live traffic situation in Jakarta, Indonesia: 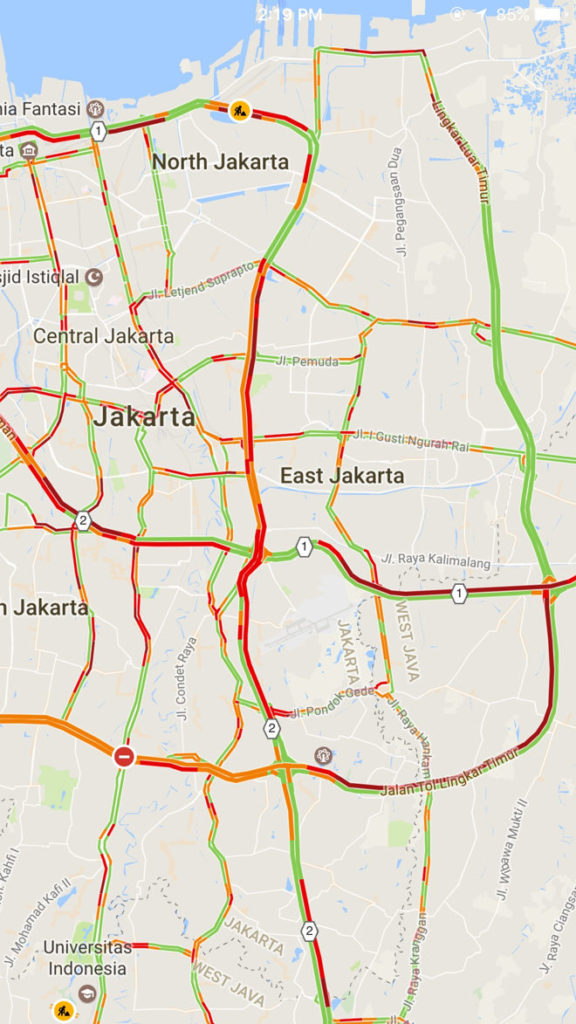 Different colors on highways/road in Google Maps translate to:

How does google know what color to put on what road at any given time? The answer is simple. All mobile users who share their location and speed data with google help Google to figure out the average number of users on a specific road and how fast they are moving. The data is collected in a way that your personal identity is not revealed to Google or any third party.

So one question that comes to mind is how does google still report a Green road (Traffic running smoothly) if there is no car at all travelling on that road?

Google also collects data from different highway authorities and their sensors report data to Google and it is then reported in Google maps. Below is nice view of European highways: 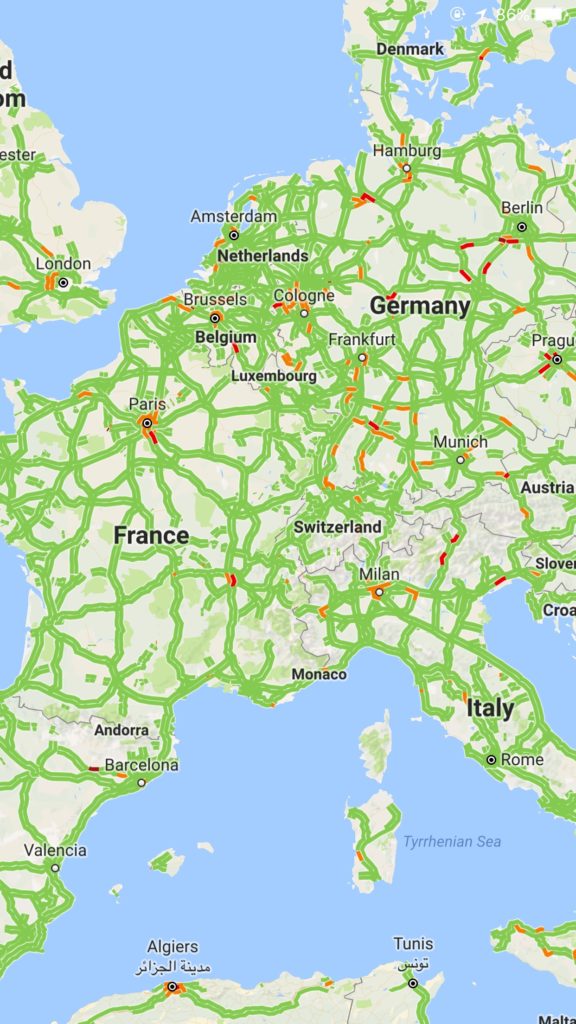 Google also reports the time it would take you to travel from one location to another. 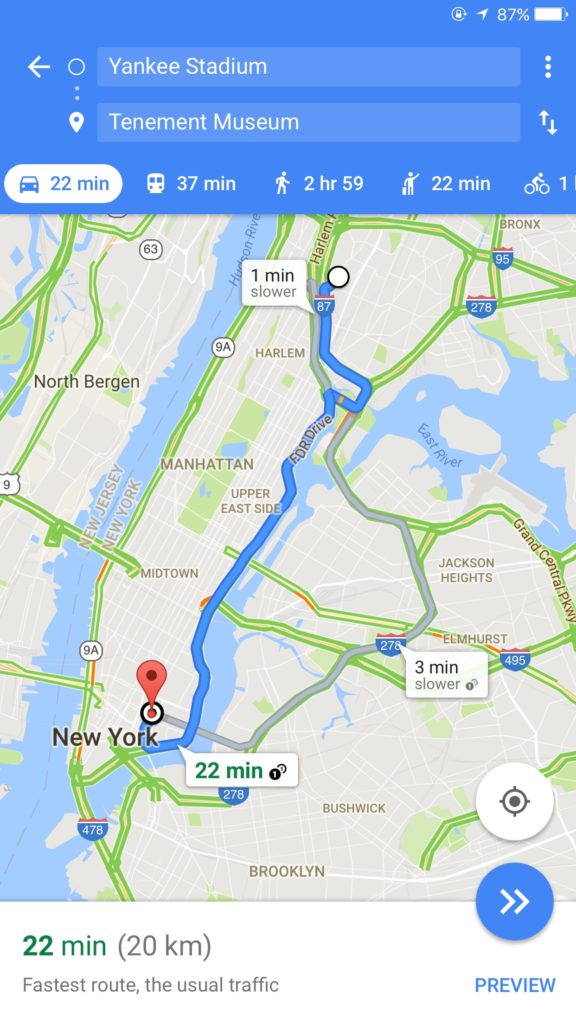 Read This: Top 10 US Cities With Most Homeless People

Here the Blue line means the shortest route between these two points. Gray line is an alternate route which is 3 minutes slower. 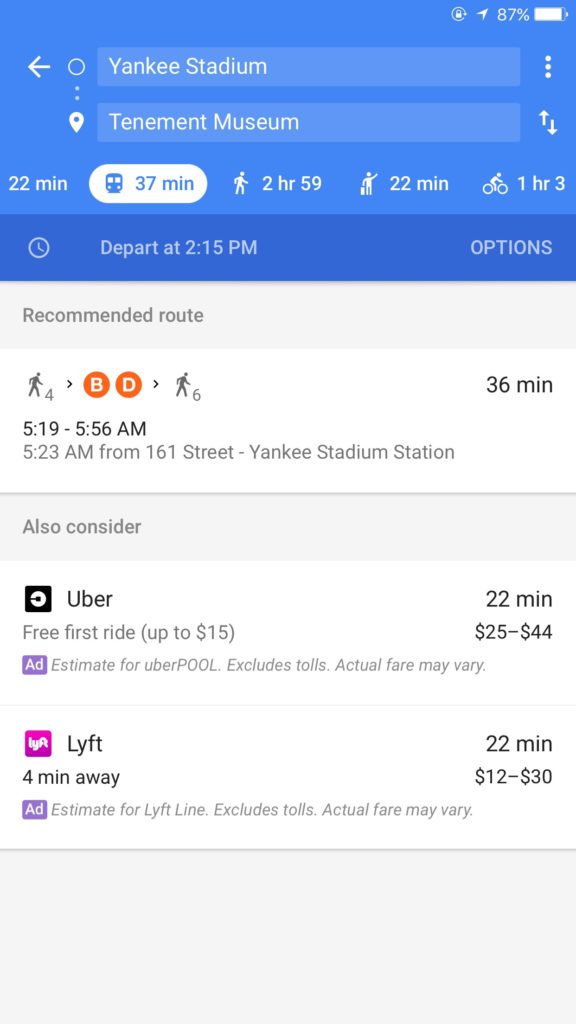 In most cities Google also give your information about how you can commute between two points using public transport such as trains, metros and Taxis etc. 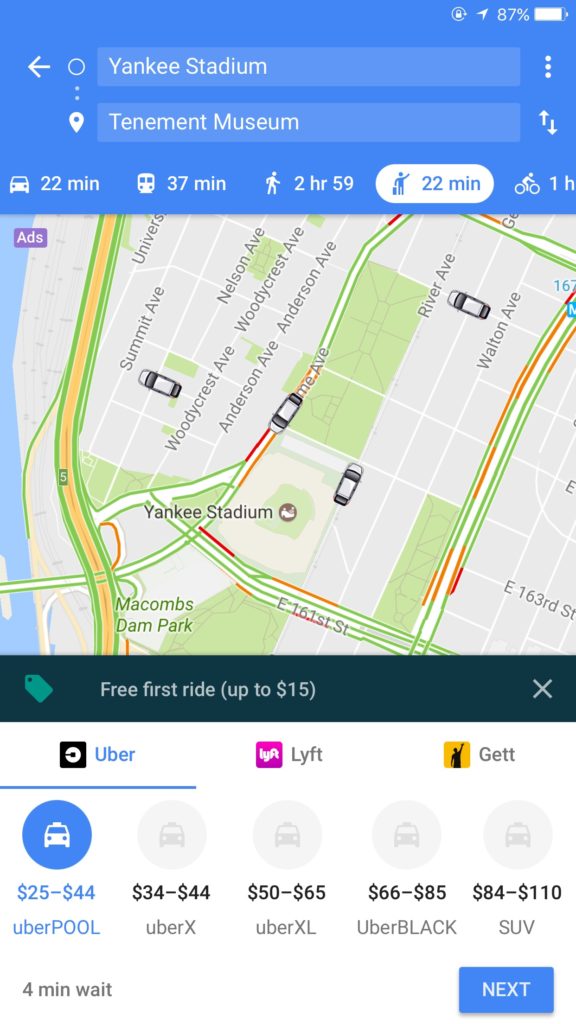 Different options to hire a taxi between two points. 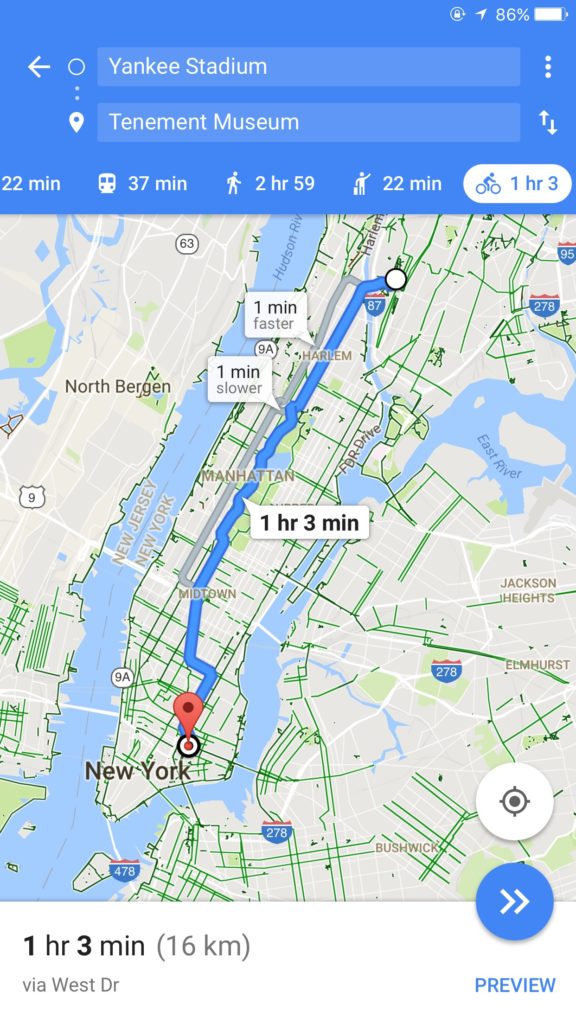 Or you can choose to cycle 16 kilometers 🙂