Moving from one place to another place is a major decision of our life. There is no YES or NO answer to the question “Should I move to Alaska or not”? There are number of things one should consider before moving. You would either Love it or Hate it, there is no in between when you move to Alaska. Things you should consider before moving to Alaska and its pros and cons are followed by few facts below:

Did you know that Alaska was controlled by Russia from the late 1700s until 1867. It was then purchased by the United States for $7.2 million.

You may want to read: 15 Crazy Donald Trump Quotes

Things you should consider before moving to Alaska:

Alaska is a dream place if you love nature. It is twice the size of Texas. Alaska has a population density of 1.3 persons living in one square mile. This makes it one of the best place to live for those who love nature.

Did you know? Alaska has the highest number of violent crime, Read more details here…

The weather! Long and Dark Winters – You must love winter to live here

There is no other way to put it. It’s really cold in Alaska and it stays that way for a solid 6 months. The sun rises at 10 am in Anchorage and sets at 3 pm. During these five hours, the sun is low in the horizon and it doesn’t provide you that boost of energy you typically get from the sun while living down south.

Alaska is far away from the rest of the United States

Alaska is almost 500 miles from the rest of the Northern US. So you if are moving alone, consider the distance and the amount of money you need to spend to see your friends and family. The flights are expensive.

You can get bored depending on where you are moving from

Anchorage is Alaska’s largest city with a total population of 301,010 as of 2014. There are plenty of things to do in this city but your perspective might change depending on where you are moving from a larger city in the East Coast of from a small town in the Midwest.

Cost of living, household, gas, housing etc is going to increase. Consider this additional cost before moving to Alaska. 2 liters of Coca-Cola costs $2.89 and Bread for 2 people for 1 day costs $3.19 (these rates vary depending on where you live in Alaska)

There are almost half a million homeless people in US, more details here…

An ideal place of hunting

There are endless opportunities to hunt, fish, trap, and catch big game animals — as well as small game — year round. Big game includes moose, caribou, grizzlies, and black bear. Remember you need to secure the right license/permit to hunt.

The sun does shine for about 20 hours in the summer, but even those 4 hours in between, the skies are still dusky and not completely dark. The temperature goes to a maximum of 60 ºF. Don’t just jump into any lake to quick swim.

Once you are here, it is very hard to move back to The Lower 48. People get stuck here. It is hard because of how much it costs to actually move all of your belongings back — even if you sell off many of them. It isn’t like you are moving across the border to another state. It is 1700 miles just to get from Anchorage to Seattle! Golden North Van Lines, Royal Alaskan Movers and Air Van Moving are a few moving companies in Anchorage. Moving companies prices vary based on the destination and type/weight of good you are planning to move.

You get paid to live in Alaska 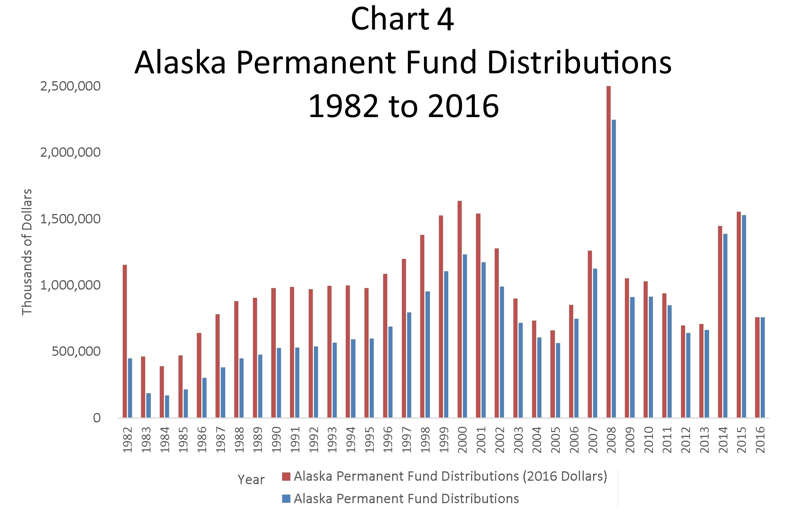 “Major drug and alcohol problems up here. The Fairbanks and North Pole area is infested with Meth users and labs.

Overzealous police forces…they can’t catch a dope dealer or a murderer, but if you have a burnt out taillight on your car, you will get pulled over the moment you pull out of your driveway…and they often manage to find a way to get an arrest out of it!

Severe misbalances in the judicial system, both criminal and civil. If someone does something to you (by criminal act or negligence…and they WILL!) count on getting very little recourse, if any. On the other side, you could find yourself facing a huge lawsuit for something that doesn’t even seem possible…and when that happens, expect to lose. Lawyers? None of them up here are any good!

…and once you’ve been in the court system, for anything, even something like a divorce, good luck getting out!

This is NOT a land of friendly, resourceful, competent people who take care of themselves yet will extend a hand to those around. It’s exactly the opposite! The overall population is entitlement minded, opportunistic, cutthroat and rude, and the general attitude is…if it’s outside of one’s own skin, it doesn’t matter.

The work ethic here is horrible! Anyone who has run a business can tell you that getting their employees to just show up to work is the biggest challenge of business. If they do show up, there’s a high likelihood that they are drunk or stoned. They don’t care about their jobs, so most stores, restaurants, professional offices and other public facilities have very poor quality and customer service!

There are quite a few things lacking in the state, especially around Fairbanks. These shortcomings are topics of frequent conversation, and an enterprising individual may seize on that and go forth with such, right? Not a good idea up here! Even though you may come up with a great product or service to fill a missing niche, once you do, nobody will support it, even though before those same people complained about the absence of such. Hell, even a marijuana club went out of business up here…in a state where marijuana is legal!

Racism and accusations of racism abound, especially between the Caucasian and Alaska Native groups.

Landlords are rather negligent and careless, and if you have pets, good luck finding rentals. Those few places that accept renters with pets ask for ridiculous non refundable deposits and charge almost half again the going rent for a place without pets.

Professional offices and government agencies are very sloppy with their records, and if you have to deal with someone who’s job is to keep detailed and critical information, they will make mistakes! Some of these mistakes can be critical (such as DMV putting adverse license information or arrest warrants on the wrong license number.)

There are many other key factors that are involved in decision making when you move in or out of Alaska.

Let us know in comments why you moved in or out of Alaska and how this has changed you?