Russian cannibal couple broke the internet a few days ago making some interesting headlines, a few of them are:

Investigators were tipped off after road workers found a phone belonging to Mr Baksheyev, which included selfies of him with a severed hand and other body parts belonging to a woman.

And people in the city of Krasnodar may never have known about any of it if not for a cellphone lying on a city street.

Mr Baksheyev is believed to have killed the woman and cut her up after the couple quarreled with her during a drinking session three days earlier, according to a statement by the Krasnodar investigative committee.

The couple reportedly drugged their victims with a substance called Corvalol to subdue them before killing them. Their apartment reportedly smelt of the drug.

Authorities say may be responsible for the deaths or disappearances of as many as 30 people.

If all the killings are confirmed, the couple would rank among the country’s worst serial killers. 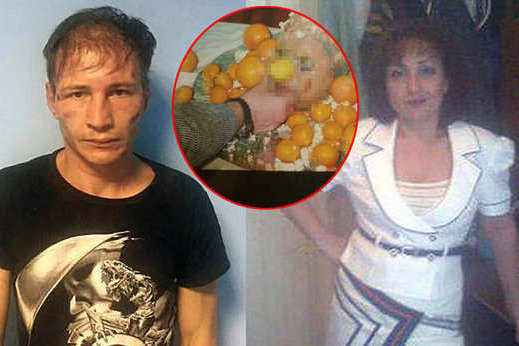 Local police reportedly discovered eight frozen body parts and flayed skin in the couple’s home along with 19 remains of human skin and a cache of footage called “video lessons for cannibals” and images.

Natalia Baksheeva, who is seven years older than her husband, came to live in Krasnodar from Omutinsk town in Kirov region.

The couple has reportedly admitted to carrying out dozens of murders since 1999.

The couple are being held in Krasnodar as cops investigate.

Here is a video of the couple’s apartment: