Almost all of us know Isaac Newton. An apple fell on his head while he was sitting under a tree. The debate is still going on about the fate of that apple. Some say he ate it while others say he didn’t. Some even don’t believe the apple story. To cut it short, he apparently came up with the idea of existence of gravity. The mathematics did prove him right. This started a new era in the field of classical mechanics that defines the behavior of everyday objects.

A century and a half later some guy called Albert Einstein was born in Germany. He came up with the theory of special and general relativity. Einstein described the physics of very large scale and fast moving objects in universe. He also explained how exactly the gravity works because Newton didn’t explain it.

The beginning of Quantum era!

Max Plank, AKA the daddy of Quantum Physics, described the physics of the very small and tiny, like at nano-scale. It attempts to explain the behavior of subatomic particles (atom, electrons, photos, Quarks, Gluons, etc.).

Let’s try to familiarize ourselves with few basic concepts of Quantum mechanics.

The dual nature of subatomic particles

As Albert Einstein wrote: “It seems as though we must use sometimes the one theory and sometimes the other, while at times we may use either. We are faced with a new kind of difficulty. We have two contradictory pictures of reality; separately neither of them fully explains the phenomena of light, but together they do”.

How a tennis ball behaves?

When we picture atoms, electrons, photons and other sub atomic particles like tiny balls and try to imagine their behavior like a tennis ball, that’s when things get confusing, complicated, nasty and weird. Let’s say you are in a room that has two windows and you are asked to throw the tennis ball out the room through one of those windows. Simple enough, you would choose one window, aim, throw, and the ball is out of the room and you know exactly which window it left form.

How an electron behaves?

Now let’s say you replace the windows with two much smaller windows and the tennis ball with an electron and you are asked to throw the electron out of one of the window. You aim and throw – it could pass through both the windows simultaneously. It could pass through one of the windows as if it acts like a wave that distributes across the room and passes through both windows or it could act like a particle, like a tennis balls, and passes through just one window. This behavior, either acting like a wave or like a particle, is based on how we observe the electron. If we have a detector (like a blank paper sheet and every time an electron hits the sheet it leaves a mark) at the other end of the wall and observe the behavior of electron from that end, it would act like a wave spreading across the paper sheet leaving a wave like pattern, hence passing through both windows at the same time (Remember we are throwing one electron at a time).

But let’s say now we place a detector on top of both windows and detect the electron, it would pass though only one windows and leave a mark on paper sheet just behind one of the hole every time. Apparently it seems that electrons know that where the detector is placed and change their behavior based on its position. This is very bizarre and scientists still don’t understand how exactly it works. The above mentioned behavior of particles is proven by an experiment called “Double slit experiment”.

Follow this link to perform Double-slit experiment at home.

Quantum entanglement is a phenomenon when two particles or a group of particles behave in a way that their quantum state and properties can’t be define individually. This behavior of particles has been proven through experiments. For example, let’s say two particles that are entangled are spinning. Now if the spin direction of one of the particles is measured to be upwards, its engaged particles’s spin direction would always be observed to be downwards and vice versa. It get’s more crazy and weird when the distance between these two entangled particles doesn’t matter, they can be sitting right next to separated by trillions of miles. These particles seem to be connected in a way that as soon as one particle is observed, it defines the state of the other particle. 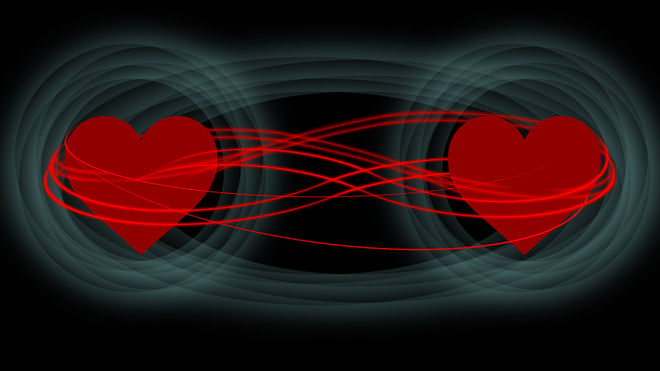 Secure data communication is backbone of today’s modern world. Data is encrypted using a random key and transmitted over the network. The encrypted data called ciphertext can only be read if decrypted. The encryption key is shared with the intended receiver over the same network. Quantum cryptography is not a new technique in cryptography rather is defines a new way to transmit the keys. If anyone unauthorized tries to read the key, the communicators will get an alert about the security breach. This revolutionary technology is called QKD (Quantum Key Distribution). It gives two communicating parties the ability to detect the presence of any party trying to steal the key. The key concepts used in designing such secure transmission are Quantum Superposition and Quantum entanglement.