There are tons of lists on the internet listing the top intelligence agencies in the world. These lists are basically a personal point of view of the writer. If the writer is from an Asian country, ISI (Pakistan’s Inter-Services Intelligence) or RAW (India’s Research and Analysis Wing) would likely be on top of the list. The rest of the world thinks that CIA or MI-6 is the best intelligence agency in the world.

There is however one intelligence agency in the world whose focus is not “protecting national interests” but “destabilizing other countries and committing crimes against humanity“. 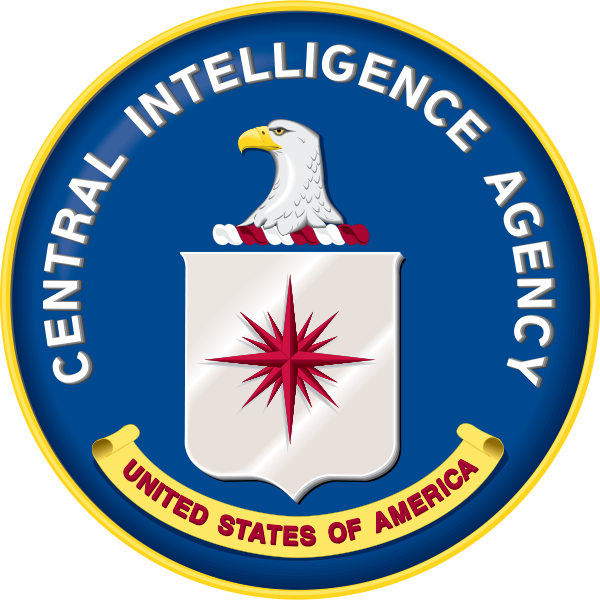 Let’s start from the beginning when the CIA was founded in 1947:

A Summary of CIA/US involvement in regime change across the world for the benefit of it ruling/elite class:

In 1948, a covert acting wing was created called “Office of Policy Coordination” and its responsibilities included “propaganda, economic warfare, preventive direct action, including sabotage, anti-sabotage, demolition and evacuation procedures; subversion against hostile states, including assistance to underground resistance groups, and support of indigenous anti-communist elements in threatened countries of the free world.”

Corruption of Democratic elections in Italy in 1948

Italians communists were suppose to win this election if CIA had not intervened. CIA broadcasts propaganda, buys votes and beats up opposition leader. Eventually communists were defeated.

CIA created its first major propaganda outlet in Europe called Radio Free Europe. It was illegal to broadcast/publish any of this transcript because it only propagated false news for several decades aiming to create a certain mindset in Europe.

Mohammed Mossadegh was democratically elected Prime Minister in Iran. He was threatening to nationalize British Oil. CIA replaced with with the Shah of Iran in 1953 in a military Coup.

This operation was started by CIA in early 1950s and halted in 1973. The object was experiments on mind control. One of the part of this project including giving different drugs to Americans subjects without their consent or knowledge. Many of them committed suicide. This project was funded by Rockefeller and Ford foundations. The scope of Project MK-ULTRA was broad, with research undertaken at 80 institutions, including 44 colleges and universities, as well as hospitals, prisons, and pharmaceutical companies. The CIA operated through these institutions using front organizations, although sometimes top officials at these institutions were aware of the CIA’s involvement.

Military Coup in Guatemala in 1954

Jacob Arbenz was democratically elected leader in Guatemala and he was threatening to nationalize the United Fruit Company owned by Rockefeller. CIA director Allen Dulles also owned stocks in this company. CIA overthrew Jacob Arbenz and replaced him dictators. This new establishment projected their interested and killed almost 100,000 people in next 40 years.

CIA tried to overthrow communist Government in North Vietnam through officer Edward Lansdale who spent four years using all the dirty tricks. CIA was unsuccessful and repeated failures resulted in Vietnam War from 1st of November 1955 to 30th April 1975. The result was unification of South and North Vietnam as Socialist Republic of Vietnam.

Pathet Lao was a communist organization, a leftist group and had enough support to be part of any coalition group. This was major problem for CIA and America. CIA carried out approximately one coup per year trying to overthrow Pathet Lao. The efforts badly failed even after CIA created a group of Asian mercenaries who attacked Pathet Lao. Americans starting bombing Laos eventually.

Here are some other startling facts about the U.S. bombing of Laos and its tragic aftermath: (Source)

CIA helped Papa Doc in 1959 to become the dictator in Haiti who killed over 100,000 people during their reign.

The CIA sent over 1,500 Cuban exiles to invade Cube where Castro was the leader under “Operation Mongoose”. This operation failed due to poor planning, security and backing. This is the CIA’s first public setback, causing President Kennedy to fire CIA Director Allen Dulles.

Killing of Rafael Trujillo in Dominican Republic in 1959

Rafael Trujillo was a dictator in Dominican Republic. He was a murderer and had full support of America since 1930. His business interests had grown so large that starting competing with American business interests. The CIA eventually assassinated him.

Democratically elected Patrice Lumumba had a huge public support. CIA assassinated him but due to his public support, CIA was not able to replace him with their own man. The country suffered from four years of political unrest.

The CIA overthrew the democratically elected Juan Bosch in a military coup replacing him with right-wing junta.

President Arosemana was overthrown in a CIA backed military coup.His policies were unacceptable to Washington.

Democratically elected government of Joao Goulart was overthrown during a CIA backed military coup. General Castelo Branco who was inline with American interests, created Latin America’s first death squads. Later it was revealed that the CIA trained the death squads.

In 1967 the government was overthrown in Greece after a CIA backed military coup.

Operation CHAOS was exposed in 1968. CIA was spying on American citizens since 1959. CHAOS spied on 7,000 individuals and 1,000 organizations.

Che Guevara was captured in Bolivia in 1967 during a CIA backed military operation. CIA wanted to keep him alive but Bolivian government executes him to prevent any calls for clemency.

The notorious CIA torturer Dan Mitrione arrives in Uruguay in 1969 with a motto “The precise pain, in the precise place, in the precise amount, for the desired effect”. He was kidnapped and killed a year later. Read more about him here.

In 1971 CIA overthrows leftist President Juan Torres in Bolivia. His replacement was dictator Hugo Banzer who tortured, raped and executed over 2,000 political opponents.

The Wagergate Break-in during 1972 was an operation where President Nixon sent a team of burglars to wiretap Democratic offices at Watergate. All these members had CIA histories.

CIA overthrows and assassinates Salvador Allende in Chile in 1973. He started nationalize American owned companies in Chili which was the major problem for CIA.

William Colby, who was the Deputy Director for Operations at that time order all CIA personnel or reported all legal and illegal activities they knew about.

CIA director was fired in 1973

President Nixon fired CIA direct Richard Helms who failed to cover Watergate Scandal. They both always disliked each other. Helms was replaced with William Colby.

Operation CHAOS was exposed in 1973. James Jesus Angleton was fired as a result.

The House of Representatives cleared CIA of any involvement in Watergate scandal in 1973.

Toppling Government in Australia in 1975

Edward Whitlam, a left-leaning man, was the Prime Minister of Australia in 1975. CIA pushed the Governor-General, John Kerr. Kerr, to dissolve the government, which he did. Whole nation was stunned by the use of this never used before law.

CIA was eager to show some performance after losing war in Vietnam. Henry Kissinger launched the CIA backed war in Angola, a country with no strategic importance to America, that killed almost 300,000 people.

Soviets invaded Afghanistan in 1979. CIA immediately started to supply arms to any entity willing to fight soviets in Afghanistan. Soviets had to leave the country. The downside – A whole bunch of crazy fanatics had the state of the arm weaponry. The country still is a mess after 38 years.

Nicaragua military shoots down a C-130 belonging to Southern Air Transport, a CIA front. This plane was carrying military supplies to Contras. The only survivor, Eugene Hasenfus, turned out to be a CIA employee just like the other two dead pilots.

CIA overthrows General Manuel Noriega who was on CIA payroll since 1966. He had been transporting drugs with the knowledge of CIA since 1972. His growing independence made Washington very unhappy so he had to go.

Leftist priest Jean-Bertrand Aristide won the election by securing 68% vote. CIA backed military removed in from the government after 8 months in power.

CIA created Saddam Hussein by providing him with latest weapons, intelligent, training and financial backing. US made him strong and powerful during the eight years war that started when Iraq invaded Iran in 1980. Later Saddam used the same power to invade Kuwait and that’s when US liberates Kuwait from Iraq.

CIA failed to predict the fall of Soviet Union in 1991 which was the primary job of CIA – Collecting and analyzing information to fight communism. The reason behind the lack of prediction – CIA was so busy destabilizing other countries.

CIA’s use for economic espionage increased starting from 1992 following the end of Cold war. This included the use of dirty tricks to steal technological secrets of competing foreign companies and giving them to the American companies.

Aristide was returned to power after the removal of military dictators because Clinton had no choice but to remove him due to uncontrollable Chaos in Haiti. Aristide’s return was only possible after his acceptance of an agenda favoring country’s ruling class.

CIA continued to destabilize many other countries during the next 25 years.

Planned and executed the 911 terror attack

With the evolution and increased use of smart phones, CIA did the most nasty job in designing malware and other tools to hack smartphones, Smart TVs and even tried to Hack into latest cars.

A document-watermarking pre-processing system to embed “Web beacon”-style tags into documents that are likely to be copied by Insiders, Whistle-blowers, Journalists or others.

An implant designed for Samsung F Series Smart Televisions. Based on the “Extending” tool from the MI5/BTSS, the implant is designed to record audio from the built-in microphone and egress or store the data.

HIVE is a back-end infrastructure malware with a public-facing HTTPS interface which is used by CIA implants to transfer exfiltrated information from target machines to the CIA and to receive commands from its operators to execute specific tasks on the targets. HIVE is used across multiple malware implants and CIA operations. The public HTTPS interface utilizes unsuspicious-looking cover domains to hide its presence.

Marble is used to hamper forensic investigators and anti-virus companies from attributing viruses, Trojans and hacking attacks to the CIA.

It contains documentation for several CIA projects that infect Apple Mac firmware (meaning the infection persists even if the operating system is re-installed) developed by the CIA’s Embedded Development Branch (EDB). These documents explain the techniques used by CIA to gain ‘persistence’ on Apple Mac devices, including Macs and iPhones and demonstrate their use of EFI/UEFI and firmware malware.